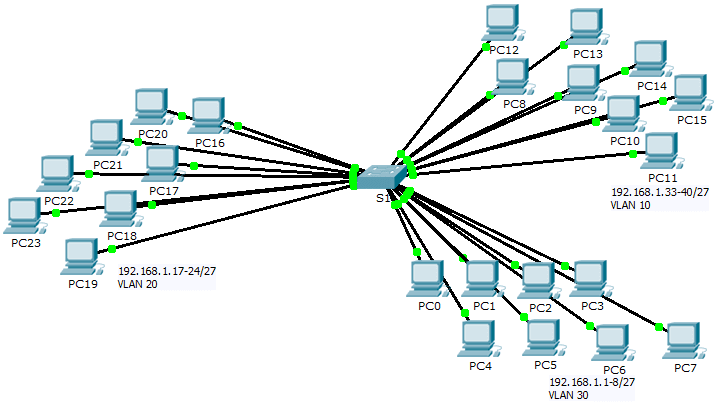 In this activity, a 24-port Catalyst 2960 switch is fully populated. All ports are in use. You will observe broadcast traffic in a VLAN implementation and answer some reflection questions.

Step 1: Use ping to generate traffic.

Unlike a LAN, a VLAN is a broadcast domain created by switches. Using Packet Tracer Simulation mode, ping the end devices within their own VLAN. Based on your observation, answer the questions in Step 2.

There are 10 questions worth 10 points each.