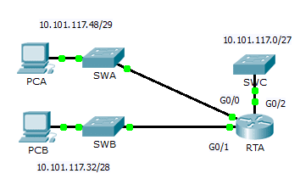 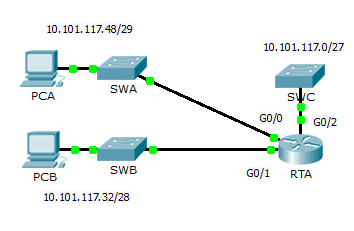 In this scenario, devices on one LAN are allowed to remotely access devices in another LAN using the Telnet protocol. Besides ICMP, all traffic from other networks is denied.

Configure, apply and verify an ACL to satisfy the following policy: