Answer Note: Red font color or gray highlights indicate text that appears in the Answer copy only. Optional activities are designed to enhance understanding and/or to provide additional practice.

All clients have full connectivity to the servers. For the sake of frame diversity, the environment is not entirely realistic. For instance: 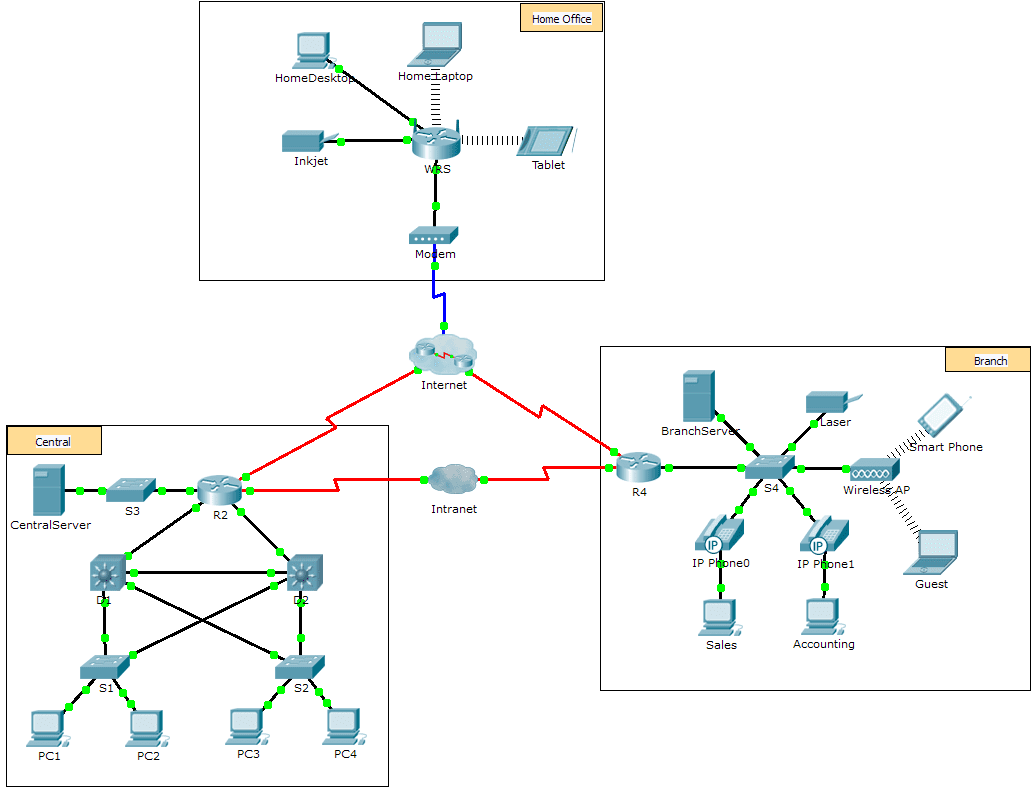 The network model in this activity incorporates many of the technologies that you will master in your CCNA studies. It represents a simplified version of how a small to medium-sized business network might look. Feel free to explore the network on your own. When you are ready, proceed through the following steps and answer the questions.

Note: It is not important that you understand everything you see and do in this activity. Feel free to explore the network on your own. If you wish to proceed more systematically, follow the steps below. Answer the questions to the best of your ability.

Step 1: Identify common components of a network as represented in Packet Tracer.

Step 2: Explain the purpose of the devices.

Now that you have had an opportunity to explore the network represented in this Packet Tracer activity, you may have picked up a few skills that you would like to try out. Or maybe you would like the opportunity to explore this network in more detail. Realizing that most of what you see and experience in Packet Tracer is currently beyond your skill level, here are some challenges you might want to attempt. Do not worry if you cannot do them all. You will be a Packet Tracer master user and network designer soon enough.